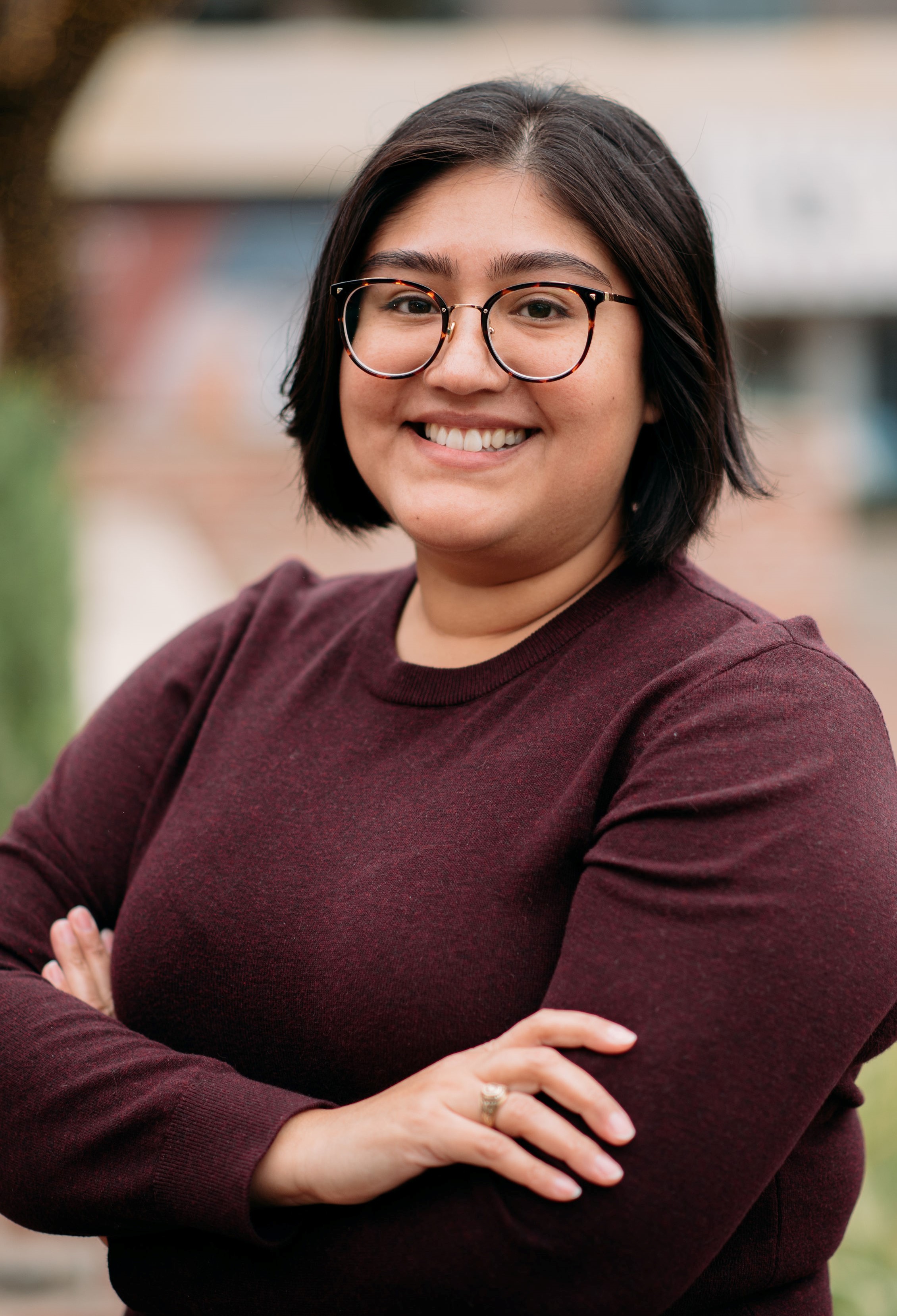 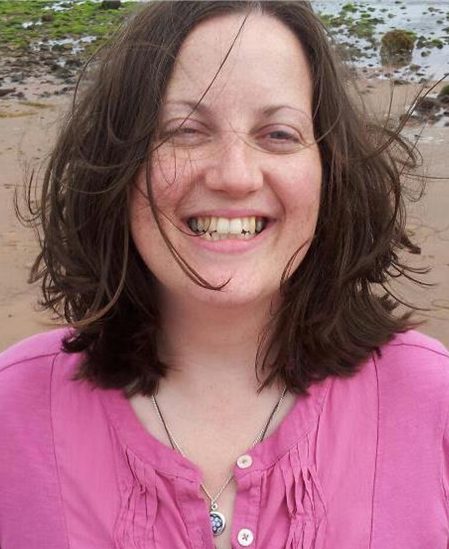 National Hispanic/Latinx Heritage Month (September 15 to October 15) celebrates the histories, cultures, and contributions of Americans whose ancestors come from Mexico, the Caribbean, Spain, and Central and South America. We also pay tribute to the countries celebrating their independence in September.

"The observation started in 1968 as Hispanic Heritage Week under President Lyndon Johnson and was expanded by President Ronald Reagan in 1988 to cover a 30-day period starting on September 15 and ending on October 15. It was enacted into law on August 17, 1988, on the approval of Public Law 100-402.

The public laws that designated a week and then a month for National Hispanic Heritage are available in the United States Statutes at Large which is widely available through federal depository libraries.

​These laws are codified in the United States Code at 36 U.S.C. 126." [Provided courtesy of the Paradise Valley Community College Library]

For the purpose of this resource guide, we have used the terms Latinx and Hispanic. However, we recognize that there are individuals who may use other terms to self-identify.

Someone who is native of, or descends from, Mexico and who lives in the United States.

Chicano or Chicana is a chosen identity of some Mexican Americans in the United States. The term became widely used during the Chicano Movement of the 1960s by many Mexican Americans to express a political stance founded on pride in a shared cultural, ethnic, and community identity.

Someone who is native of, or descends from, a Latin American country.

Someone who is a native of, or descends from, a Spanish-speaking country.

The term hispano/hispana (Hispanic) wasn’t invented in the United States; it’s a Spanish word that means “belonging or relating to Hispania, Spain,” and “belonging or relating to Hispanoamérica (countries in the Americas where Spanish is spoken).” Hispanic came in use officially in the United States in the early 1970s during the Richard Nixon presidency. The U.S. government decided to adopt Hispanic to have a universal term that could serve to include all Spanish-speaking groups in the United States. Typically, a person born in or who descends from Spain is referred to as Spanish or a Spaniard.

A gender-neutral term to refer to a Latino/Latina person.

The “x” replaces the male and female endings “o” and “a” that are part of Spanish grammar conventions. This term comes from American-born Latinos/Latinas who want to be more inclusive and gender neutral, which is more akin to the English language." [Source] 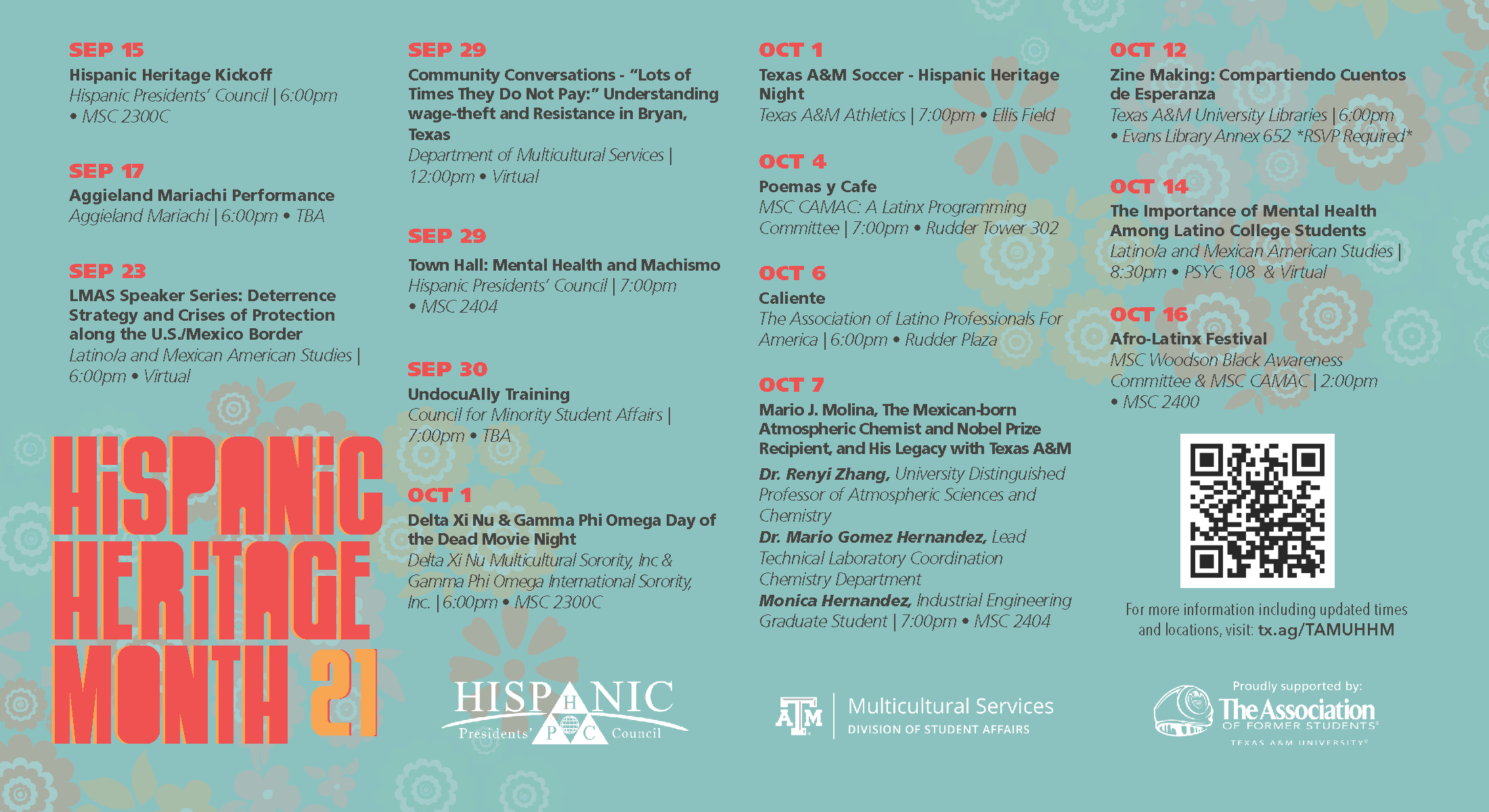 For a large scale view of the Hispanic Heritage Month calendar, please follow this link. You can also visit tx.ag/TAMUHHM for more event information.