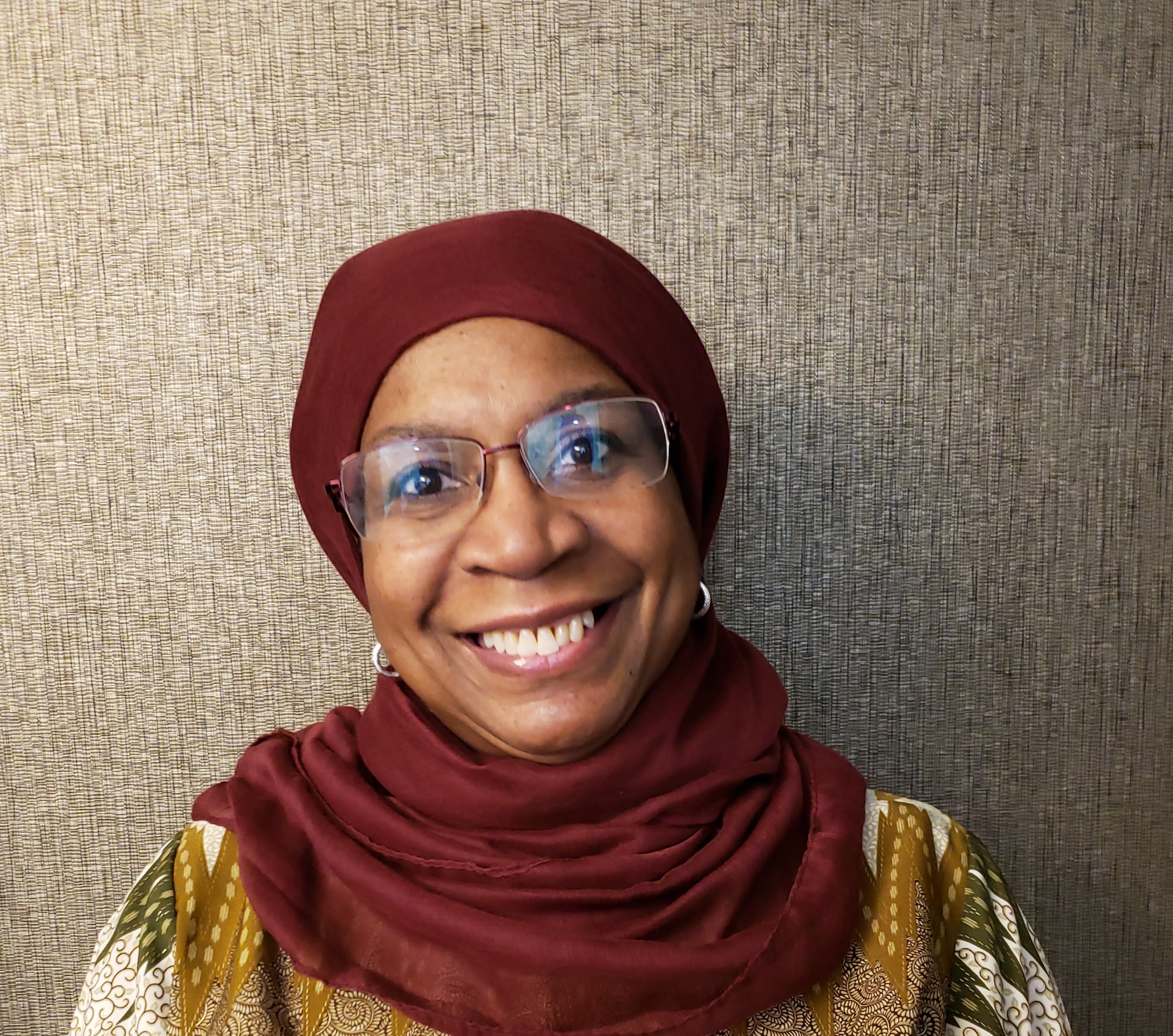 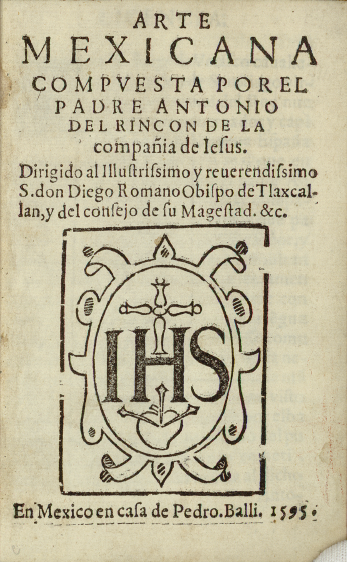 eros libros de las Américas Project is an international collaborative of institutions in United States, Mexico, Spain, and Chile to digitize, preserve, and call attention to the first books printed in the Americas during the 1500s.  Publicly inaugurated in 2010 with 5 libraries - Cushing, the Benson at the University of Texas at Austin, Biblioteca Lafragua, Biblioteca Franciscana, and Biblioteca Palafoxiana (all in Puebla, Mexico) - the project has grown to 30 institutions and several hundred of these 16th Century books.  During the course of the project, previously unknown books or some simply mentioned in Inquisition documents have been discovered in the collections of project participants!

To overcome barriers to participation– especially technological – expertise and resources are shared, such as a portable archival scanner housed in Puebla, Mexico, as well as storage and distribution systems based in Texas and Mexico.  Perhaps the most important goal of Primeros Libros is to build a model of collaborative cross-border cooperation, demonstrating the potential of technology to facilitate sharing of historical and culturally significant materials of the earliest imprints from the New World.

The project website, freely available to the public, holds digital copies of these works in a variety of image formats as well as ancillary materials such as bibliographies of the primeros libros and publishers biographies. 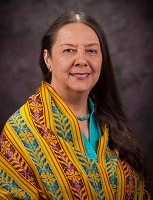 r. Yolanda Broyles-González & Francisco González Archive is a rich borderland Mexican American collection with a focus on performing arts, theater and music.  Dr. Broyles-González studied and lived in Germany for twelve years, in Berlin, Freiburg, and Hamburg. She published the first translations of Chicano literature into German and she was instrumental in bringing Chicano/a literature and history to European readerships and consciousness.  The performance segment includes two decades worth of the California-based El Teatro Campesino, including performance scripts and music manuscripts, as well as materials related to dozens of early actors. Francisco González was the musical director of El Teatro Campesino from 1980-84. His collection includes scripts and compositions of plays produced by the theater company during this time.  His collection makes up five boxes of the archive, but it intertwines with Dr. Broyles-González’s materials.   No one has written on the music of El Teatro Campesino and Francisco’s materials are a good foray into this type of research.

The collection includes recordings of Borderlands music in the form of 300+ audio cassettes, 78s and 45s of noted Tejano performers, and ranchera music, including Texas-Mexican conjunto music.  This collection of music in various formats is crucial for understanding the collection—which is based in performance studies.  A significant portion of the collection documents the life and career of Lydia Mendoza, considered the queen of Tejano music, and includes 25 hours of interviews, her recordings across 50 years, rare footage of her performances, two of her performance dresses, close to 100 photographs, and extensive correspondence and materials.  In addition, the collection includes a rare video recording of a 1982 concert by Mendoza, video-taped by Broyles-González in San Antonio, which is one of few concerts by Mendoza ever recorded.  Mendoza began her legendary career singing in the plazas of downtown San Antonio with the chili queens in the 1930s. Broyles-González used this material to write a book about Mendoza.  Mendoza is the only Chicana/Tejana to receive the National Medal of Arts at the White House. According to Broyles-Gonzalez’s book Lydia Mendoza’s Life in Music, La historia de Lydia Mendoza, “Mendoza has become perhaps the most prominent and long-standing performer within the US-Mexican oral tradition of music.”

The collection also includes Francisco González’s performing arts memorabilia pertaining to his founding of the Los Angeles-based musical group Los Lobos.  Formed in 1973 in East L.A., Los Lobos are best known for their rendition of “La Bamba” on the 1987 movie of the same name. Los Lobos originally called themselves “Los Lobos del Est 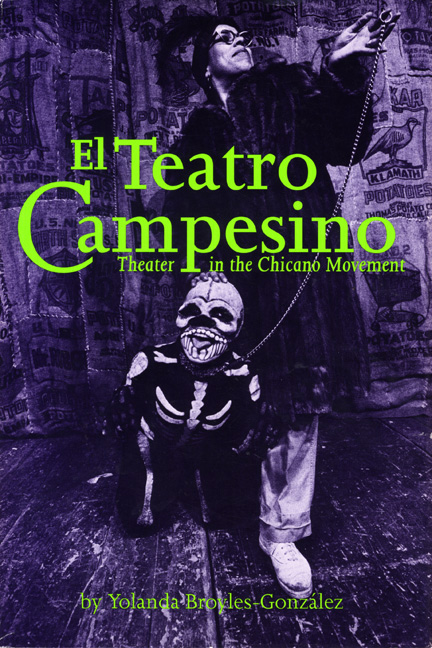 e Los Angeles” (the Wolves of East Los Angeles). The collection includes scripts, production notes, reviews, musical manuscripts, and programs from his many years as music director for Teatro Campesino and other theater work, including one box documenting ten years directing La Pastorela play in Santa Barbara, California, one of Santa Barbara’s oldest Christmas traditions. Also included are other Pastorela scripts from Texas, New Mexico, Sinaloa and California.  There are also approximately 100-250 posters of various productions, events, and performances.

An added focus of this collection is early Chicano literature that also includes documents pertaining to the history and development of Chicana/o Studies in the United States. The book collection embraces early Chicano movement publications, especially literary first-edition books, and also an extensive collection of the first Latin American literary publications in German translation.  Dr. Broyles-González did the first German translation of Chicano writer Rolando Hinojosa’s work.  This section also includes approximately 500 books including two copies of Rudy Acuña’s first edition of Occupied America, and Juan Rulfo’s first edition of Pedro Páramo (signed).  Many others are signed editions of authors such as Andre Gunder Frank, Rolando Hinojosa, Angela de Hoyos and many others.  The Chicano/a Studies section also includes Dr. Broyles-González’s curriculum notes and materials for the development of the Chicano/a Studies discipline, including communications with UCSB administration.  Dr. González was part of the founding first generation of scholars to teach Chicano/a Studies at the university level.